Quabbin Gates 22, 16 and 11 and Quabbin Park and a sad milestone 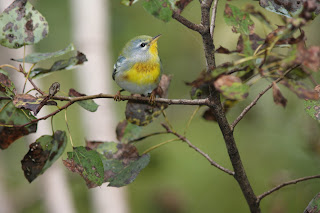 I started another trip to Quabbin at Gate 22 this morning and ran into some migrants just down the hill from the gate. The birds here included my first of season Lincoln Sparrow, Nashville Warbler, half a dozen Northern Parula's, and eight other species of warblers. A bit further down the road I had a Cooper's Hawk being harassed by Blue Jays, a few very vocal Red breasted Nuthatch's and a Ruffed Grouse that rocketed out of the underbrush deeper into the forest. I wanted to try my luck at Gate 16 before the predicted rain arrived. Despite alot of looking I only managed to turn up a handful of warblers here and none in any groups. I then tried my luck at Gate 11 and after a half mile with little activity I decided I would make the run down to Quabbin Park to check to see if activity there was any better. Although the sky looked threatening it never did more than drizzle a few times. After a few stops turned up little beyond a still singing Prairie Warbler I ran into a nice active group of species near the blueberry patch road. This group included a couple Scarlet Tanagers, a Baltimore Oriole, eight species of warbler including Nashville, Blackpoll and Ovenbird, Blue Gray Gnatcatcher, five Eastern Wood Pewee's, a half dozen Eastern Phoebe's, a few House Wrens and other usual. I also managed to turn up Wood Thrush, Swainson's Thrush and Hermit Thrush in various locations. Overall a fairly productive morning considering the low clouds, cool temps and slight breeze. 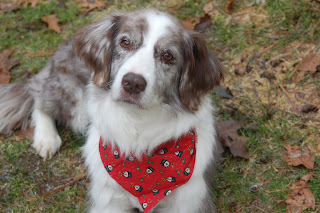 Today is also a sad day. It has now been six months since I lost my good dog, best buddy and frequent birding companion Kody. He is missed.