Despite a later than planned start due to some icing we had a wonderful day taking part in the Quabbin CBC. I joined Tom and Bruce in covering the Prescott Peninsula for the count. We never made it in the gates until 10:30 and stayed for six hours. We managed some great stuff, both birds and mammals. First the birding highlights: a group of fourteen Red Crossbills feeding in pines, a Northern Shrike, a Winter Wren and a total of 568 American Robins coming into roost in the evening. There were probably even more as they were already coming in when we came across this roost spot. There was also a Cooper's Hawk in the area looking for a late day snack. It was very interesting to be in among the small pines were the robins were dropping in right next to you and positioning themselves for the night. Some truly impressive numbers of White Throated Sparrows and Dark eyed Junco's in a few large flocks. One flock of White throats alone contained over 90 birds in a small area...amazing to see...the ground seemed to move as they foraged through the woods. As for the mammals we had great views of a Bobcat as it walked along a frozen pond. Just up the road from that spot, Tom noticed some Snowshoe Hare tracks in the road and looking where the tracks went there was a Snowshoe Hare! The hare was no more than 10 feet away from us under low pines and never moved as we admired it from such a close distance. Lots of moose tracks, but no moose today. We ended the day with a total of 23 species of bird which is great for this location at this time of year.

Also had a Fox Sparrow at the house this morning.
Posted by Larry at 3:47 PM No comments: 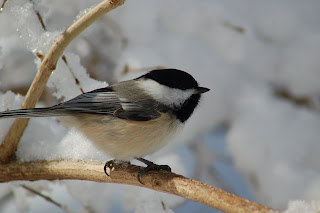 I decided I needed to get out a bit so I made a long walk in from Gate 8 to the water as well as a mile plus detour up road 8-2. Although the forecast was for much lighter winds today that was not the case as the wind stayed up most of the morning but at least lighter than the last few days. Some good numbers of birds all around with highlights of three Ruffed Grouse (plus lots of tracks), fourteen Red breasted Nuthatch's, a couple each of Brown Creeper and Raven, eleven Golden crowned
Kinglets, a lone Red winged Blackbird fly over deep in the woods (where was he headed?), plus a total of 204 Dark eyed Junco's (with the largest groups numbering 95+ and 47), 76 Black capped Chickadee's and 238 American Robins most of which were moving west near dawn likely leaving a roost somewhere north or northeast of Gate 8 road. At the water I had three pairs of Hooded Mergansers, a Common Loon and a couple Bald Eagles. As I got down to the boat launch area it started to snow a bit which added nicely to the Christmas mood of the day. A long but productive walk.
Posted by Larry at 11:20 AM 2 comments: 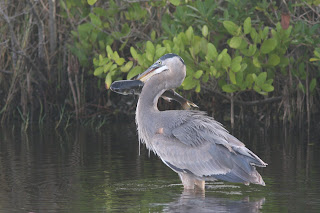 As mentioned in a previous post I will now continue a review of my recent trip down to central Florida. This post will cover my trip out to Merritt Island NWR and Cape Canaveral NS on December 8. A nice warm, hazy day with temperatures reaching into the low 80's. Always a great stop when down in Florida although it did appear that overall numbers were down a bit from previous visits but this is likely a result of timing as I usually go down to Florida in January. Enjoy some photos of my stop there. 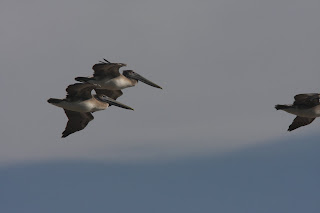 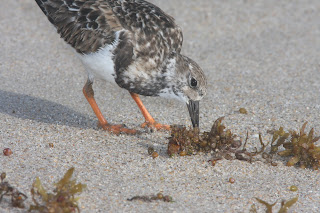 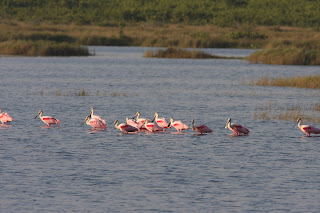 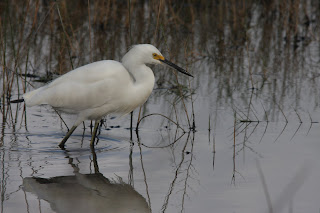 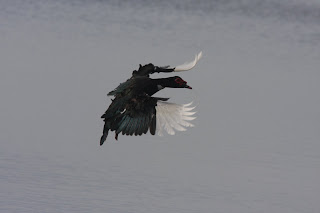 I thought with the impending storm it would be a good time to look back at my recent trip to central Florida. Although not strictly a birding trip I did manage to get out at least a bit most days. Totals for the trip were 116 species of which three were life birds and four were new to my Florida list. The weather varied from sunny with near record heat in the mid 80's to cloudy days and temperatures in the 60's. Overall a nice bit of enjoyable weather in comparison to what we have here at home. I will post a few times to review the trip over the next few weeks. 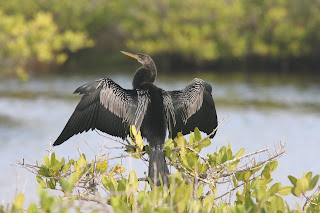 The first full day I spent southeast and south or Orlando and visited the following areas in the morning: Split Oak Mitigation Park, Brinson Park and the Lakeshore park in Kissimmee. I then made a short trip in the afternoon to the Tibet Butler Preserve near Disney. Nothing out of the ordinary for the day but some nice looks at typical Florida birds.
Posted by Larry at 1:41 PM No comments:

Email ThisBlogThis!Share to TwitterShare to FacebookShare to Pinterest
Labels: florida

I got a call today while at work that there was a Long eared Owl in the middle of campus at Smith College. I eventually was able to make it down there and sure enough it was sitting contently in a deciduous tree right along one of the major routes through campus. By going in the library building you could get views through the windows of the bird sitting just a few feet away. I wish I had my camera with me!
Posted by Larry at 3:54 PM No comments:

Back from Florida...what a change a week makes back home!

It appears that winter has arrived back home here in Massachusetts. It also appears I did not bring the warm weather back with me from Florida. We took a week long trip down to the Orlando area. Although not a strictly birding vacation I managed to get out a bit most days. I'll post sightings and photos over the next few weeks.
Posted by Larry at 12:49 PM No comments: