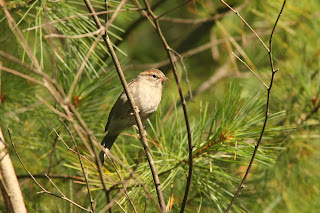 Chipping Sparrow juv., Gate 16, August 28, 2010
I made a trip up the west side of Quabbin starting at Gate 22 and then onto Gate 16, 11 and finally 4. The morning started off quite cool with a temperature of 48. The activity at Gate 22 was rather slow first thing, likely due to the cool weather. I spent only a short time here before moving on to Gate 16 were the activity picked up. Beyond the usual birds I came across a Tennessee Warbler in among a large feeding flock in a group of oaks and birches that were being warmed by the sun. This group also included five Scarlet Tanagers including a molting adult male that was a combination of yellow and red. I was limited on the time I had left so I only made a short stop at Gate 11. There were a few groups of birds around including a pair of hummingbirds that chased each other all over including right past my head! My final stop was Gate 4 which I walked down to the waters edge. The highlights here included what appeared to be a family group of five Broad winged Hawks circling low and calling out to each other and dueling in the clear blue sky. The other highlight would have to be the two Black Terns I spotted moving south toward Winsor Dam. These are my first at Quabbin and added yet another species to my Quabbin list. 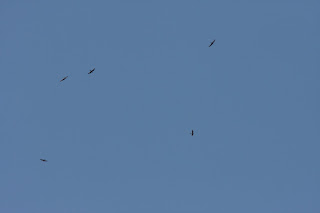 At home I watched for Common Nighthawks and the first group showed themselves at 3:55. By a little after seven I had a total of 97 for the evening. Most appeared to be feeding quite actively. During my watch I had a Sharpshinned Hawk come in and circle around a few times (photos later).

I made an early morning walk into Gate 35 and was rewarded with some more nice sightings. The morning began with a calling Barred Owl right at the gate. Although the shorebirds numbers reported yesterday were much reduced today I still managed a few Spotted and Semipalmated Sandpipers as well as an unidentified group of peeps. There was a nice selection of loons, Bald Eagles, Double crested Cormorants and Common Mergansers. Despite alot of scoping of the reservoir I was unable to turn up anything out of the ordinary. After almost three hours here I decided to head out before the threatening weather turned bad. 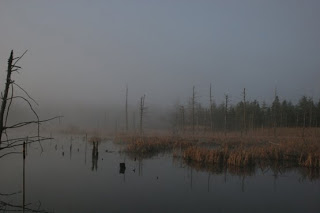 I then went to Winimusset Wildlife Management Area to see the area where my friend Chris Ellison's ashes were scattered. When I arrived it started to rain but I really wanted to make it out to the spot. I walked out through the fields and out to the marsh to the spot described to me by one of Chris's friends and just then a Great Egret came out of the marsh circled over me and left the area. It was neat to have a nice bird lift out of the marsh just as I arrived at the area of Chris's ashes. By this point I was completely soaked but glad I made it out here to see the spot where he will spend eternity. It is a nice spot and certainly better than any cemetery. I know his spirit will always be checking out the marsh and seeing lots of activity. 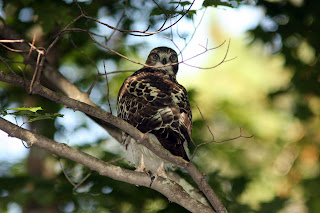 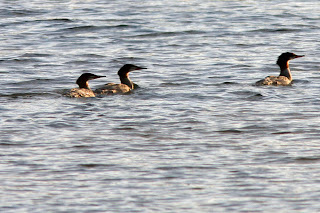 I made a series of stops this morning on the west side of Quabbin starting at daybreak at Gate 22 going to the water and then onto Gate 16 and finally to Gate 5. I finished the day with an early evening walk at Winsor Dam at Quabbin Park. There were many highlights for the both the morning and the evening. In the morning I came across several mixed species feeding flocks and ended up with twelve species of warblers among the other birds in the flocks. I had a pair of Cooper's Hawks fighting with crows at the end of Gate 22. I had fourteen Common Loons including a group of eleven close together, also at Gate 22. Other birds of note at Gate 22 included a mother and a couple of full size young Common Merganser just offshore. At Gate 16 the activity picked up as the morning chill was replaced with warmer temps. A wide variety of species in the mixed flocks moving through the woods. A Blue Jay giving a perfect Sharp shinned Hawk imitation had me fooled for a few minutes until I tracked down the jay. Gate 5 produced a variety of swallows moving along the water, another loon, a few Bald Eagles and another mixed species flock. A highlight here was watching a Garter Snake attempt to grab a small frog....despite a quick pursuit the snake was unable to catch the frog. Interesting to watch.

The evening walk began slowly but after 4:45 the Common Nighthawks started moving fast and furious and over the next 25 minutes at least 229 moved southeast, most quite low. A few even drank from the reservoir on the way through. I needed to get moving home for dinner so I left by 5:15. Home continued the nighthawks with an additional 37 moving by low over the trees. 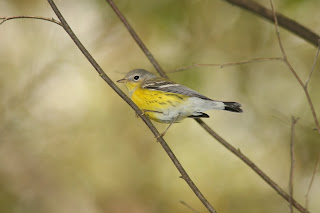 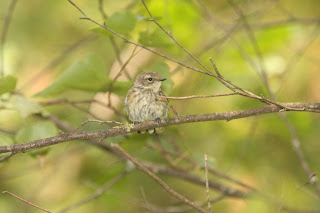 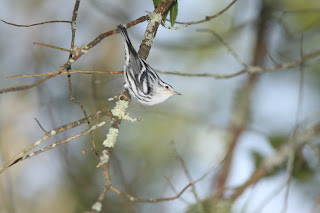 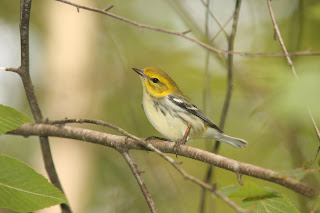 Email ThisBlogThis!Share to TwitterShare to FacebookShare to Pinterest
Labels: quabbin

Common Nighthawks are back

My first sightings of the season of Common Nighthawks occurred this evening. Although I only saw three it was a nice start of what will hopefully be a good nighthawk season. Time will tell. In addition to the nighthawks I had a Green Heron, a calling Pine Warbler, at least a few Ruby throated Hummingbirds, a family of Eastern Kingbirds and a calling Great Crested Flycatcher among the many other birds in the yard this evening.
Posted by Larry at 5:34 PM No comments: 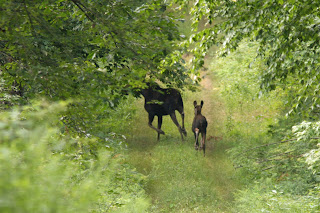 I made what is likely to be my last trip into the restricted area of central Quabbin this year for the breeding bird atlas as the permit runs out next weekend. Most breeding activity is indeed wrapping up but there was still a Cedar Waxwing gathering nest material this morning (from a previously used Baltimore Oriole nest!). The number of juvenile birds around has grown and grown and now they are everywhere. I managed some nice birds including a Louisiana Waterthrush singing a partial song, a Greater Yellowlegs, 13 species of warblers, Yellow billed Cuckoo, several Ruby throated Hummingbirds, fifteen Red breasted Nuthatch's, etc. The list goes on and on. A bad day is tough to come by at Quabbin and I certainly didn't find it today! In addition to all the birds I had a mother Moose with calf. A great way to end the atlas work for the year.
Yesterday I also had a nice sighting in the afternoon after returning from my AM trip to Gate 22. I had an early Olive-sided Flycatcher along the Jabish Canal in a large swampy area. Earliest I have had one.
Posted by Larry at 11:35 AM No comments: 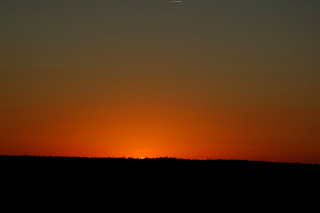 Sunrise at Gate 12, Quabbin
The birding community around the Quabbin lost a great member recently when Chris Ellison died suddenly and unexpectedly. It was a great shock to me to hear of his death last week. It seems like I just saw him and he was so full of life but now he is gone. He was always such a fixture on Hampshire Bird Club trips into the various areas of the Quabbin, the trips just will not be the same without him. He and I would usually be the very first people to show up at the meeting spot for the trip and would spend some time seeing what was around before the rest of the participants showed up. Many times we would be there an hour before anyone else just as the morning was coming alive and we always seemed to find something good. He was a unique character that truly shared my love of the Quabbin area. I know he enjoyed reading this blog to see what I was seeing around the Quabbin and I hope his spirit is out there enjoying it still. My posts could never hold a candle to the descriptive explanation Chris would have of his outings and I think anyone who has run across one of his posts would agree. If you will all indulge me a bit I will include one of his posts. It is a lengthy but a great read and I will miss reading new ones from him in the future. Chris, you will be missed.
A post from Chris Ellison on a trip at Quabbin Gate 40, early May 2006 (from the East Quabbin Bird Club site) 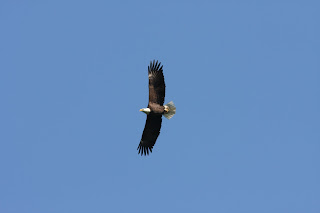