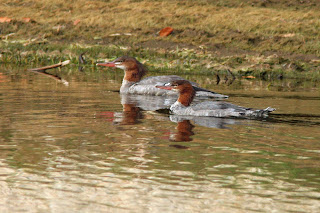 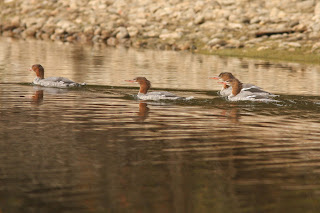 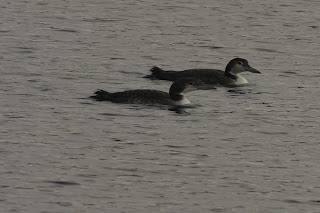 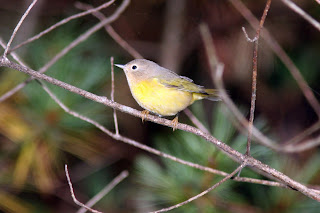 Ruby crowned Kinglet, Gate 10, September 26, 2010
I made another trip up to the western gates of Quabbin this morning starting at dawn at Gate 22. Despite the cool temps in the high 40's birds were active. I had Wood, Swainsons and Hermit Thrush here plus the best bird of the day, a Cape May Warbler. In addition I had several other warbler species, calling Common Loons and Barred Owl plus a nice influx of White throated Sparrows and Junco's. I next went to Gate 16 and walked to the water. I had some close looks at both Common Mergansers and Common Loons at the end of the road. In addition a Nashville Warbler plus others made themselves visible even if only for a brief time. It appears alot of warblers and vireos moved out last night to be replaced by sparrows and thrushes. My next stop at Gate 10 produced many of the same species as seen earlier in the morning but again I got some great looks at various migrants. My final stop at Reed Conservation area produced a few more migrants plus a handful of raptors overhead including a Bald Eagle being pursued by a pair of Red tailed hawks plus an Osprey. At home the raptors continued during the afternoon with a single eight bird Broad winged Hawk kettle noted plus an American Kestrel, Cooper's and Sharp shinned Hawks, Turkey Vulture and an intriguing falcon that went out of view shortly after being seen. 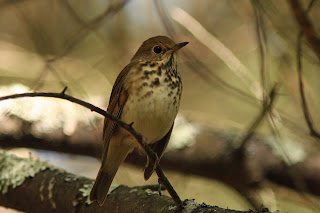