More Red Crossbills and others 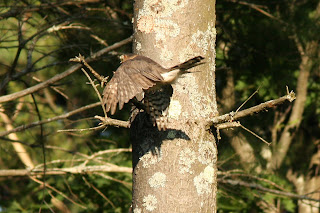 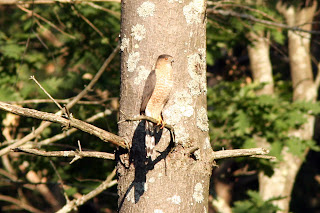 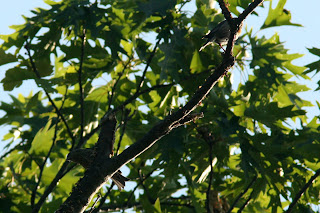 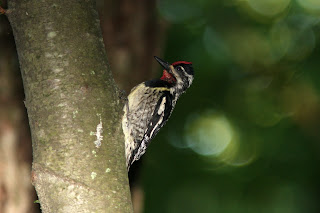 I took an early morning trip into Quabbin and had some great stuff. The highlights included at least 26 Red Crossbills...yes 26 at least. I saw and heard a large group some into the top of a large oak tree. I managed to get good looks at several of them and they were all juveniles. The group then took off and circled around a few times calling constantly. I got a good count of 24 in this group. I later found an adult male and female chasing each other around and mating in a group of pines. I also heard others but they could have been part of the groups I had already seen. A truly unexpected number. I only managed a couple distant shots of the crossbills. I also had an adult Cooper's Hawk calling and flying around a grove of trees I have had them nesting in earlier this year. There were also lots of evidence of breeding activity again including a family group of four sapsuckers responding to my Barred Owl imitation. Lots of birds carrying food to unseen young. I ended the day with a very large Black Bear crossing Route 202 just ahead of my car.
Posted by Larry at 12:49 PM